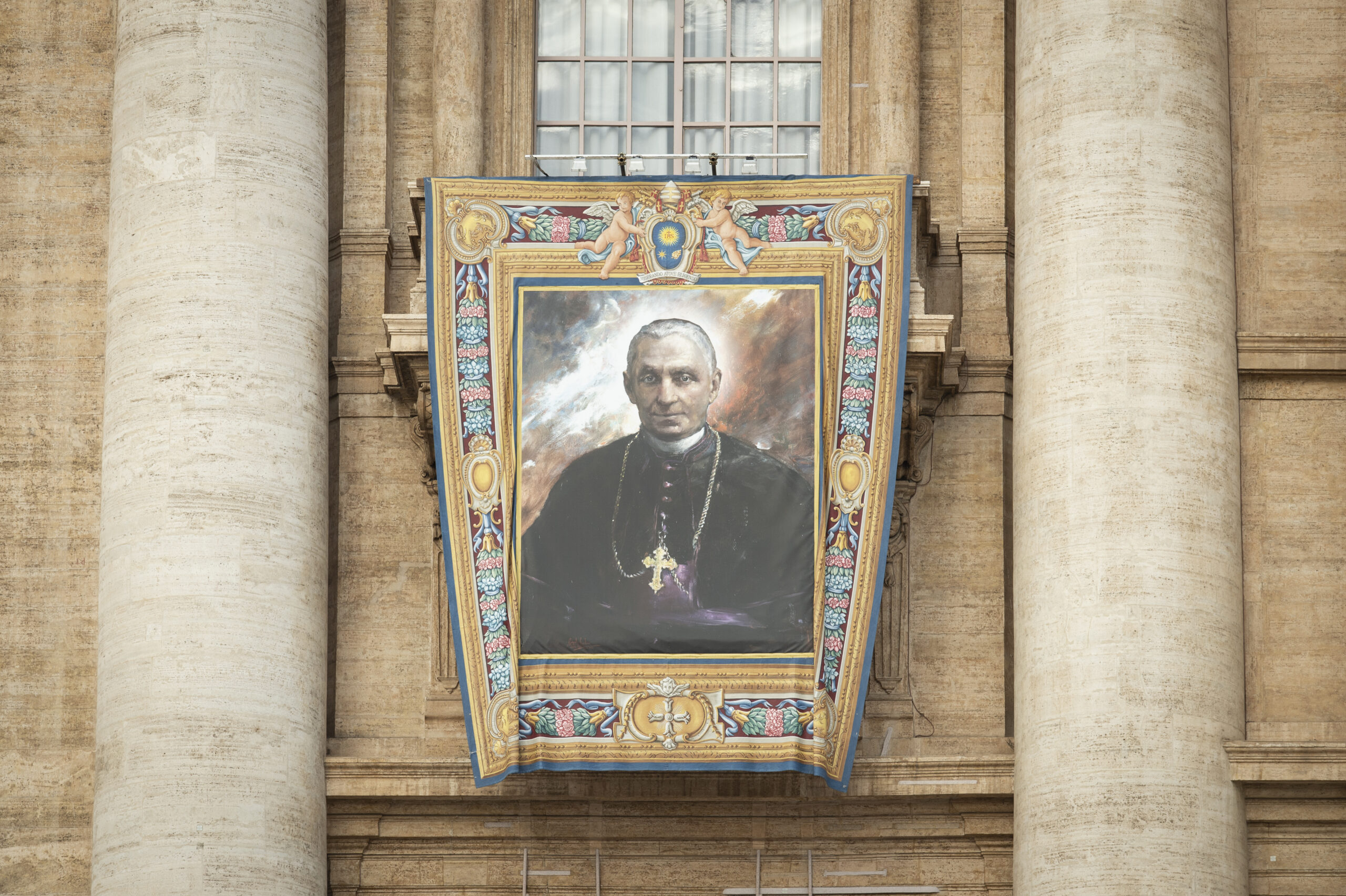 Virtual Visit to the Scalabrinian Places (in Piacenza): On Wednesday, October 5, 2022 at 9:00 p.m. to discover the five Main Scalabrinian places in Piacenza. The meeting will take place online on Zoom platform at 9 p.m. To participate it is necessary to register by filling out the form contained on the following webpage:

The Diocese of Piacenza will organize a short tour of Scalabrinian places in the city on Wednesday afternoon, Oct. 12. The appointment is at 2:30 p.m. at the home of the Missionary Sisters of St. Charles Borromeo, Scalabrinians (Via Giulio Alberoni, 29, 29121 Piacenza) and will conclude with a moment of prayer at 5 p.m. in the cathedral.

The Diocese of Como is planning a route on Thursday, Oct. 13, in the morning, beginning in Fino Mornasco and continuing in Como.

For those who plan to visit on their own, we recommend the itinerary proposed by te parish of St. Bartholomew in Como. See it here.

Help defray the expenses of the Canonization

THE MASS OF CANONIZATION

Booklet for the Celebration
Homily of the Holy Father

THE VIGIL OF PRAYER

TEXTS OF THE VIGIL OF PRAYER

On October 9 Blessed John Baptist Scalabrini has been proclaimed a saint. During the Ordinary Consistory, Pope Francis had announced the date on which the Bishop of Piacenza, founder of the Congregation of the Missionaries of St. Charles Borromeo and the Congregation of the Missionary Sisters of St. Charles Borromeo Scalabrinians and inspirer of the Scalabrini Secular Missionaries, will be canonized.

This is good news not only for all those who bear his name, for migrants and refugees, for lay people who participate in the Scalabrinian mission, but for the whole Church.

JOHN BAPTIST SCALABRINI TO BE PROCLAIMED A SAINT

On October 9 Blessed John Baptist Scalabrini will be proclaimed a saint. Today, in St. Peter’s Basilica during the Ordinary Consistory, Pope Francis announced the date on which the Bishop of Piacenza, founder of the Congregation of the Missionaries of St. Charles Borromeo and the Congregation of the Missionary Sisters of St. Charles Borromeo Scalabrinians and inspirer of the Scalabrini Secular Missionaries, will be canonized.

Born in Fino Mornasco in the province of Como in 1839, Scalabrini is still today a gift to the Church and humanity: a man in love with God and able to recognize the face of Jesus in the least of society. Deeply moved by the drama of so many Italians forced to emigrate to the United States and South America in the late 1800s, he did not remain indifferent. He gathered information, raised awareness in society and sent his missionaries and missionary sisters around the world to help and support migrants in ports, on ships and upon arrival in new countries. He is considered for this a father to all migrants and refugees.

More than a century after his death, his legacy still bears fruit: present in 39 countries, there are thousands of Scalabrinian religious and lay people following in his footsteps and serving in parishes, houses for migrants, schools, orphanages, hospitals, ecclesial bodies in conferences of bishops and dioceses, study centers, ports and borders around the world.

“Scalabrini was a bishop who dedicated himself completely to ministry in his diocese, but he also knew how to look beyond, to those who were forced to leave their homeland,” comments Father Leonir Chiarello, CS, Superior General of the Missionaries of St. Charles. “He gave a concrete response to the phenomenon of migration, involving the Church, the government, society and calling everyone to an awareness. He fought what the Holy Father today calls ‘the culture of indifference and discard.’ By proclaiming him a saint, Pope Francis invites us to have his gaze of welcome and love toward all.”

A bishop who made himself “neighbor to neighbor”; “a man of action, a spiritual man, passionate, dynamic, strong in an incarnated spirituality: he continually contemplates the Son of God who became man to reveal the Father’s love and to return renewed humanity to Him,” explains Sister Neusa de Fatima Mariano, Superior General of the Missionary Sisters of St. Charles Borromeo Scalabrinians: “The canonization of our founder motivates us to embark on a path of renewal of our Scalabrinian consecrated life, in the call to the centrality of Jesus Christ and in the renewed commitment to mission with and for migrants and refugees.”

“This news made us very happy for the whole Church and for all migrants,” comments Regina Widmann, general director of the Scalabrinian Secular Missionaries. “His prophetic vision will become better known, that is, the conviction that precisely in the hard ground of emigration a treasure is hidden: the possibility that different and far away peoples may find themselves close and recognize themselves as part of the one human family.”

Inspired by his story.

Stay up to date on the canonization

"Khaire Gynai," or "Welcome, hello women." This is the name of the welcoming project for migrant, refugee mothers and women, and victim of violence launched in Rome by the Missionary Sisters of St. Charles Borromeo Scalabrinians.

From education minister in Afghanistan to refugee: Samad’s story

Samad is a friend of the Scalabrinian Secular Missionaries, who met him in Solothurn, Switzerland.

“Getting down on one’s knees before the world”: the story of Giulia Civitelli, a scalabrinian secular missionary and doctor of the least at Termini Station

Every day Giulia Civitelli, a Scalabrinian secular missionary and doctor, goes to the Polyclinic of the Caritas Diocesan of Rome at Termini Station, where she meets and treats homeless people, migrants and refugees, and others without legal permit to be in the country.

"In the face of men with gangrenous feet from the cold, families with children at the spread in the mined forests of Bosnia, young people bitten by the dogs of Croatian law enforcement, we cannot remain indifferent, we must be responsible for the other". Father Jonas Donassollo

“Walking holding god’s hand”: the story of maria, a young mother and refugee, helped by the scalabrinian missionaries

Maria is a young woman from a Central American country, one of many refugees who are forced by violence every day to flee and seek asylum in another country.

Learn more about the life of John Baptist Scalabrini
and the activities he initiated and inspired.

WHO HE WAS.
SCALABRINI TODAY